You Might Find Some of These Church Trends Surprising

This is the third installment of a series of articles unpacking what our data is telling us about the differences between growing and declining churches. In the first two articles, I wrote about differences when it comes to ministry reach and ministry connections around this image. In this article, I’m going to focus on ministry leadership. Some of the findings may be surprising. As a reminder, these findings are from data we’ve collected from churches that have either grown or declined in attendance by more than five percent in the last year. The differences I’m going to highlight have nothing to do with the size of the churches. Both sets of data include churches that are smaller than 100 in attendance and larger than 2,000.

Here are some of the key differences we found when it comes to ministry leadership:

Of all of these differences, the one that jumped out to me the most on this list was the bullet related to staffing. One would expect that growing churches would hire more staff. The direct opposite is true. Why is this the case?

One would expect that growing churches would hire more staff. The direct opposite is true. Why is this the case? Click To Tweet

Here are a couple of my observations regarding staffing:

Declining churches tend to have many more ministry programs.
The more programs and events that a church offers, the more staff are required to support these efforts. Then when staff are hired, they tend to create additional programming and events to justify their positions. It’s a vicious cycle that’s difficult to break.

Secondly, declining churches don’t tend to right-size their staffing.
One of the churches we served had attendance decline for several years to the point the church was half the size it was about five years ago. In that same time, though, no staffing adjustments were made to reduce the number of employees.

Finally, when churches maintain a lean staff, they tend to hire stronger leaders.
In other words, they’ve learned they can accomplish more through fewer leaders who know how to develop and empower lay leaders and volunteer teams. That’s why it didn’t surprise me that growing churches also do better at leadership development and maintaining healthy span-of-care ratios. The side benefit to having fewer, stronger leaders is that churches can also afford to pay those leaders more. I talked about this in a recent episode of The Unstuck Church Podcast.

As I mentioned previously, we’d love to hear your reaction to these findings. Participate in the conversation on social media by using the hashtag #unstuckchurch.

Get more insights from our data by downloading The Unstuck Church Report. 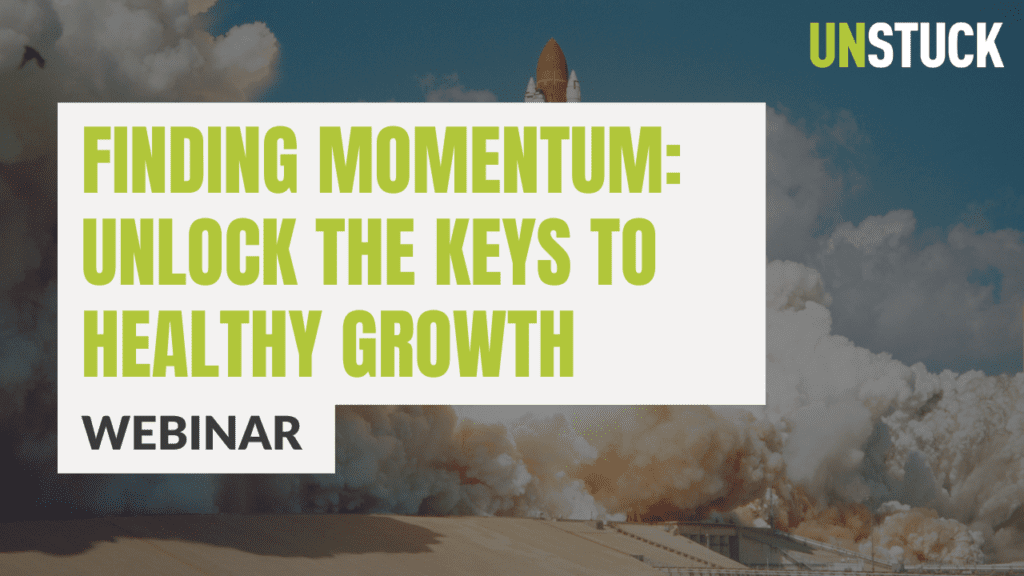